SO, mere hours after wandering through the frozen forests and mountains of Norway, our intrepid RTJ finds himself in an entirely different climate….

Now, if you know or have met me, you’ll know I’m built for winter. Anyone who’s been out on one of the tours in the past few weeks, for example, may well have been wrapped up in as many layers as they can get on, in order to deal with the bitter Scottish weather. Not me though, I’m still in shorts and short sleeved t-shirt (although I have to confess, I do wear a hat if it gets below about 2 degrees!).

Imagine how I felt then, getting off a plane in Cape Town just as summer is kicking off! Yep, after an entire days worth of travelling, I went from -22 degrees to +25, and what’s the first thing I do? A running tour, of course!

I hooked up with the lovely Philippa from Run Cape Town who took me out on a wonderful run through the historical part of the town, filling my head with stories of pipe smoking pirates, key figures in the colonisation of Cape Town, and the history of life in South Africa. It was so much fun being a tourist for a change, and letting someone else take care of the chat, although I have to say I did find it a little hard to not tell stories as we ran along 😉

The city is beautiful, surrounded by a horseshoe of a mountain, with a really interesting (if somewhat troubled) history, and it was really great to see it from an insiders point of view. Next time I’ll be back for the run up table mountain, but the time is fleeting and I had to leave for the next part of the adventure…. 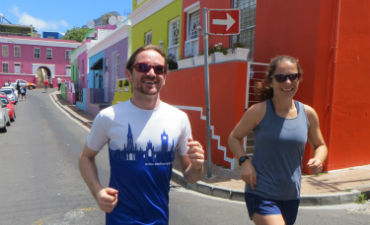 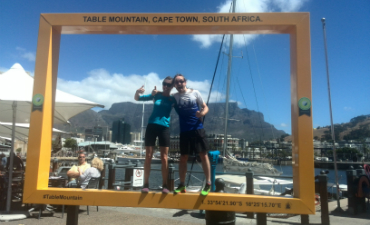 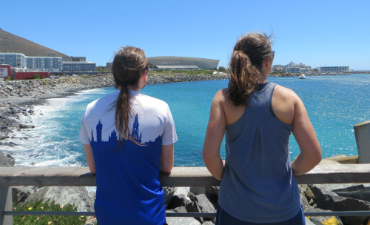